What Does a New Terminal Mean for CRW and West Virginia? 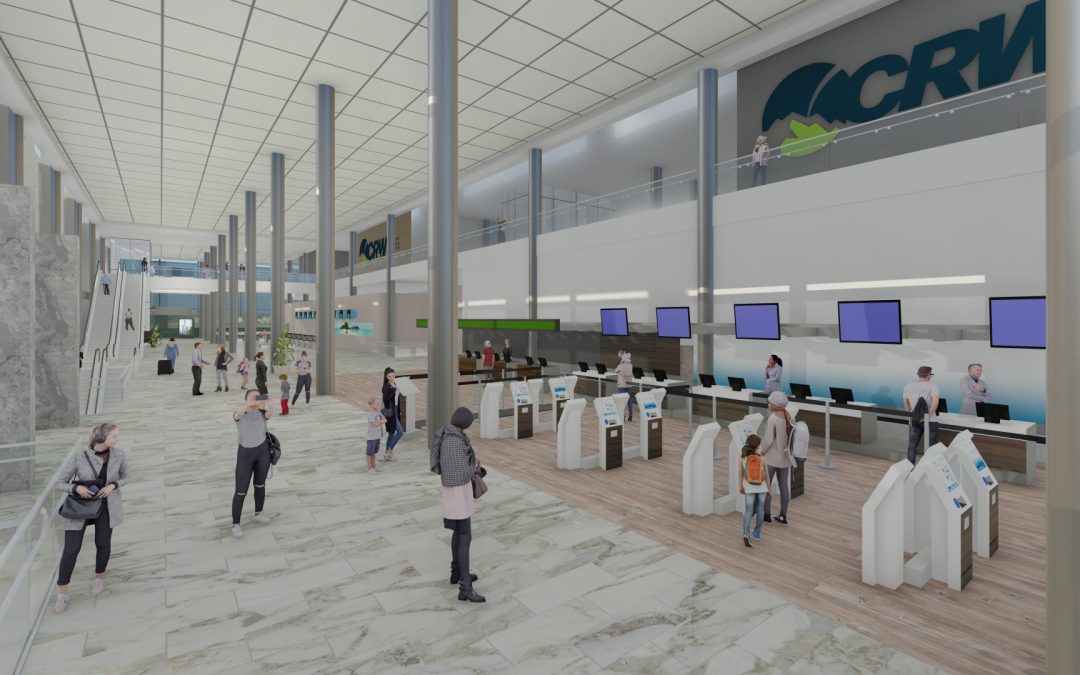 There are big things on the horizon for West Virginia International Yeager Airport, which ultimately means great things for the state of West Virginia.

CRW has applied for a piece of the $5 billion available through the historic Bipartisan Infrastructure law, intended to address aging infrastructure at airports across the country.

Our airport is over 70 years old, and according to CRW Airport Director and CEO Nick Keller, these funds are vital to helping us grow into the next 30 years.

“I’m excited about the opportunity because it’s a modern, nice facility, something like you would see at a larger airport. This building is not designed for a million passengers a year. It’s designed for our forecast, a little over 300,000 passengers,” said Keller.

A few potential improvements include:

The economic impact of the proposed terminal project is massive. It’s predicted that 856 permanent full-time jobs will be created, with an economic output of $424 million from construction alone. 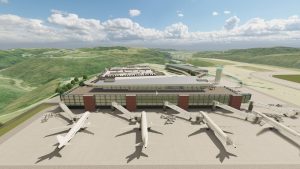 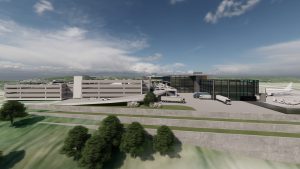 Assistant Airport Director and COO, Dominique Ranieri, Esq., C.M., says that every piece of the design was carefully thought of with passenger experience in mind.

“We are exploring and trying to get federal funds to develop a new terminal because there are a lot of technology and facility requirements that airlines have and would like to see to start service,” said Ranieri.

Even with an upgraded terminal, there are still challenges outside of CRW’s control when adding air service. For example, fewer people are flying, and COVID has also played a big part in that and a nationwide pilot shortage.

“Population plays a huge role in what we service we can attract in West Virginia. One of the biggest things, I know I sound like a broken record, is using your local airport. Use CRW when planning your travel…Fill up those flights for us, and we will keep telling the airlines we need more frequency. We don’t have control over those ticket prices, and unfortunately, we have very little say in the schedule,” said Ranieri.

Despite the obstacles, CRW leadership is pushing forward for a more prosperous future, including efforts to bring back flights, which is easier said than done…

“I want our focus to be on expanding and increasing air services, but recognizing the reality is there is a pilot shortage in the near term, and it’s a challenge with our population. We have a small population,” said Keller. “For example, to get a flight to NYC, which we are trying to do, it’s hard to have a sustainable daily flight when you don’t have a 50-seat regional jet; you have to go on a 65 regional jet, and the airlines expect the flight to be full. So you must have almost 65 people fly to NYC every day each way.”

CRW continues to fight the pilot shortage with our partnership with Marshall’s Bill Noe Flight School, as well as continuing to create new partnerships and coming up with a plan to increase options at CRW.

“It’s a constant struggle, so we are working with new partners now with the Charleston Area Alliance with this air service working group. I am excited to do a comprehensive study about our air service and airfare and come up with goals and a plan to achieve those goals with the potential to have revenue guarantee and marketing money,” said Keller.

Until then, we have to fill the seats we already have in order to add more.