How We Got Here: Marshall’s Bill Noe Flight School 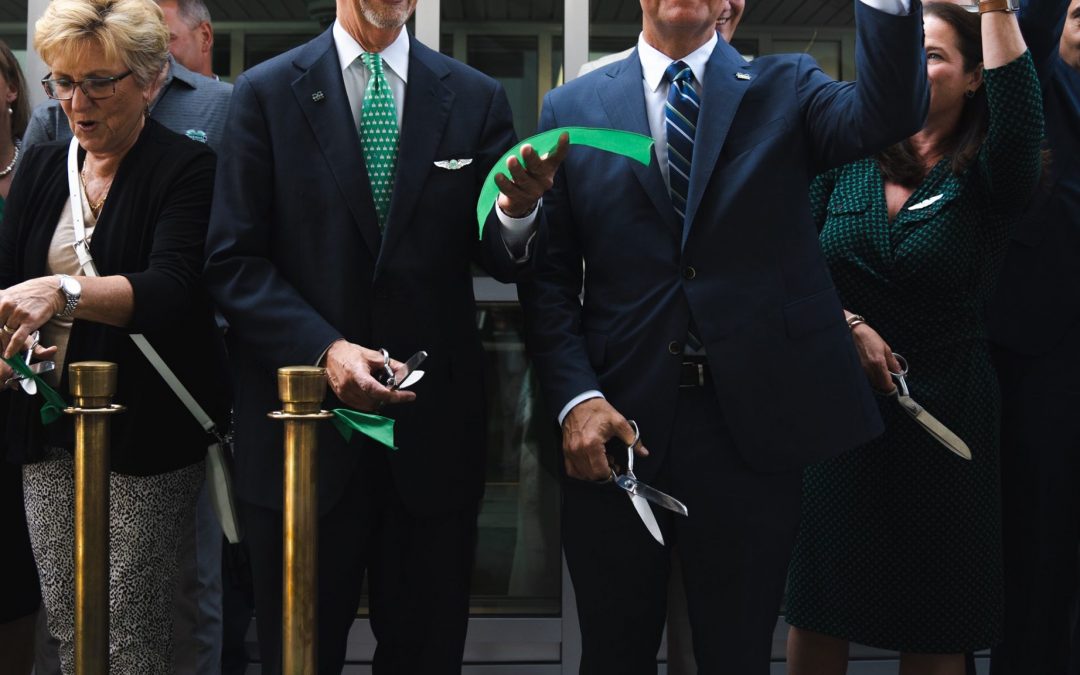 Flight training schools have popped up across the country to respond to the pilot shortage; Yeager Airport noticed and jumped on board.

It only took 363 days of construction on the Marshall University Bill Noe Flight School, where future pilots have a state-of-the-art building and hangar for their education and training.

“I think we have one of the finest flight schools in the country. Bill Noe was insistent on that; let’s make it first class. Let’s make everything the best we possibly can, and that is what we have done,” said Gilbert.

The flight school started as a way to reverse the pilot shortage and began to take form when Gilbert says they were looking for an economic development tool for southern West Virginia. As a result, a lot of interest was developed in aerospace.

One of the goals of the program is to invest in aviation education and to create quality jobs. Yeager Airport Director and CEO Nick Keller plans to grow the program and bring West Virginia an extra economic boost.

“West Virginia and Marshall Bill Noe Flight School and Yeager Airport play a key role in reversing the pilot shortage and help add new pilots. Where I want to see the flight school now is to continue adding new students every semester. In addition, Marshall has new aircraft on order. So imagine in 5 years, over 200 full-time college students going to school at Yeager Airport through Marshall University, graduating up to 50 pilots a year. There is also the opportunity for Marshall to add in different degree programs in aviation management or aerospace engineering,” said Director Keller.

Less than a year later, and more aerospace opportunities for the flight school are popping up. CRW and Marshall both have their eye on new technology, called eVTOL, or electric vertical takeoff and landing.

“In thinking about adding some pilot training for what’s called electrical airplanes, or eVTOL. Electrical vertical takeoff and landing airplanes have been a new development in the last 4-5 years. Probably ten companies are building these airplanes. They are futuristic. I had the opportunity to fly a simulator of one of the planes. It’s amazing. They have a 250-mile flying range, and we are thinking about cooperating with companies to create an electrical charging station at Yeager airport. I know the airport director is very interested in that. If we get that done, we will be able to bring in electric airplanes and do pilot training, adding a ton to the training we already have and possibly expanding into research or electrical batteries into aviation. We are very excited about that,” said Gilbert.

Bringing eVTOL to West Virginia would put eyes on our state as one of the country’s leaders in terms of looking at the future of aviation. The aircraft won’t replace commercial planes but rather be used for short-distance transportation.

“We could end up with some manufacturing associated with eVTOL in WV, perhaps right in Kanawha county or in Charleston. We have seen interest in several companies doing component manufacturing here in West Virginia. It would be great for the state. It would be excellent economic development and an opportunity,” said Gilbert.

That means bringing more people to West Virginia and more jobs. Another component of eVTOL is the batteries.

“A research institute such as one we can create at Marshall to look at how we can modify those batteries and generate those batteries that would be more suited for the aviation industry. They have indicated they would be interested in starting a battery factory in charleston,” said Gilbert.

What started as a traditional flight school could soon be leading the way in cutting-edge technology. And it’s happening all right here at Yeager Airport.