How Do Airports Work & Make Money? 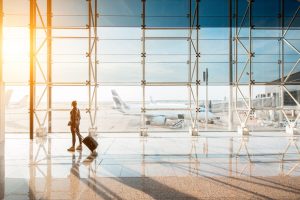 As you might imagine, airports are big business. They are generally complex buildings that can cost billions of dollars to build and millions of dollars to operate; however, the financial impact of airports on the city, county, and state are even larger. For example, Yeager Airport generates over $174,662,309.00 for the state, according to the Economic Impact Study completed by the Center for Business and Economic Research at Marshall University in 2016.

Generally financed through municipal bonds, commercial airports are publicly owned. What the airport actually owns though, are the facilities. Airport bonds and government grants are other sources of funding that many airports also require; however, once an airport becomes operational, it is generally a self-sustaining business.

How Do Airports Make Money?

While the airport owns the facilities, it makes money by leasing them to different entities, including retail shops, airlines, and air-freight companies. Another source of income for airports is charging for fuel and parking. There are also very small fees and taxes on airline tickets that can generate money for the airport.

Who Works For The Airport?

The inner workings of an airport are a complex ecosystem, but the result is a huge financial impact for the surrounding area and the state. The impact of an airport extends far and wide, providing significant job opportunities, attracting additional business opportunities, and offering convenient travel options, allowing for population growth. All things that help a community and state continue to grow and thrive!